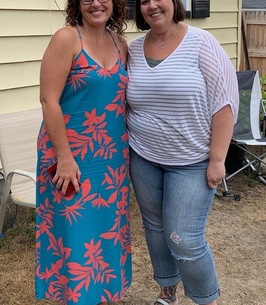 Anne “Annie” Merideth Davis, 41, of State College, formerly of Kettering, Ohio, passed away at her home on Wednesday, February 2, 2022. Born on August 13, 1980, in Kettering, Ohio, she was the daughter of Stephen D. Davis (Kelly Nugent Davis) and Charene H. (Hendrickson) Davis, who are all surviving of Ripley, Ohio, and Kettering, Ohio, respectively.

Annie graduated Fairmont High School in Kettering before earning her associate degree from Sinclair Community College in Dayton. She went on to attend Penn State University in State College, where she graduated in 2015 with her undergraduate degree, and in 2017 with her master’s degree in Mediation and Human Resource Management. She was the first person to obtain a bachelor’s and master’s from Penn State University World College. She, along with her family and friends, were very proud of her academic achievements. Annie was currently working as a Human Resource Professional with SAM, Inc.

In addition to her father, step-mother, and mother, Stephen (Kelly), and Charene, she is survived by a brother, Aaron S. Davis (Kristie Crites) of Huber Heights, Ohio, a nephew, Seth Davis (Courtney) of Fairborn, Ohio, and a great niece, Amiah Davis.

She is predeceased by her grandparents, Leon and Mary Hendrickson, and Walter and Jean Davis, and her precious furbabies, Jack, Harley, and Stella.

Annie enjoyed reading and loved her pets immensely. She was blessed to have created many lasting friendships, both in Ohio and Pennsylvania. She was a compassionate soul and would frequently check on her grandparents before they passed away. Her family and friends will remember her captivating personality and enormous heart. She was absolutely beautiful, inside and out.

Funeral services and burial will be private at the convenience of the family. Arrangements are under the direction of Wetzler Funeral Service, Inc. in Bellefonte, Pennsylvania.

In lieu of flowers, memorial contributions may be made in Annie’s memory to either of the two organizations that were near and dear to her heart: SICSA Pet Adoption & Wellness Center, 8172 Washington Church Road, Washington Township, OH 45458, or Miami Valley Pet Therapy Association, PO Box 675, Troy, OH 45373.