To share your memory on the wall of Charles \"Charlie\" Struble, sign in using one of the following options:

Along with his parents, he was preceded in death by one brother, Rodney “Bud” Struble, and one sister, Evelyn Hawn Struble.
Charlie loved hunting and loved restoring cars. He restored John Deere tractors and enjoyed driving his Peterbuilt dump truck # 218 from Ameron and plowing snow. His greatest joy was spending time with his family.

Following CDC recommendations, social distancing is encouraged, and face coverings will be required at all services.

Online condolences may be made to the family at www.wetzlerfuneralhome.com.
Read Less

To send flowers to the family or plant a tree in memory of Charles "Charlie" A. Struble, please visit our Heartfelt Sympathies Store.

We encourage you to share your most beloved memories of Charles "Charlie" here, so that the family and other loved ones can always see it. You can upload cherished photographs, or share your favorite stories, and can even comment on those shared by others.

Posted Mar 10, 2021 at 04:51pm
Charlie and I were neighborhood friends in the 60s and 70s. Although life spread us apart in recent history we were always good buddies. My best memories are from the Houserville days when we worked on motor bikes, cars, trucks, tractors, and firearms. We put all the above to good use and had a lot of fun and adventure. Charlie will be greatly missed.
Comment Share
Share via:
RS

Posted Mar 08, 2021 at 03:02pm
My deepest sympathy to Kathy and family. My thoughts and prayers are with everyone. I know Charlie will be deeply missed by family and friends. Love, Ruby Struble
Comment Share
Share via:
TS

Posted Mar 07, 2021 at 07:52pm
I first met Charlie back in the mid 80's. Over the years he did body work for me on serveral cars and painted my tractor. Charlie was a good mechanic and welder but most of all he was a good and dependable person. I always enjoyed talking to him and i will miss him. I am sure that Charlie is in heaven and God has given him a new Peterbilt and has plenty of work for him. Tom Songer
Comment Share
Share via:

Posted Mar 06, 2021 at 08:39pm
Kathy, Heather, Natasha and Chuck, I'm sorry for your loss. Uncle Charlie was such a jokester and always had a good outlook on life. He could always bring a smile to my face. I was fortunate to grow up in a family that had just close aunts and have fond memories of him visiting the farm. I know his kids and grandchildren meant the world to him and he was blessed in this area. Know that you are all in my thoughts and prayers.
Love to all, Caulene Hawn Sanford
Comment Share
Share via:

Please let me offer our condolences to you and your family. I remember the funny guy Charlie was and I will always remember him joking with me when he would pick you (Kathy) up at Hills when we worked there back in the '80s at Hills's Dept. Store. When I was hope with mom over Christmas we were talking about the both of you. We will keep you and your family in our prayers.
Ricky Thompson, Julian, Pennsylvania -- living in Wilmington, North Carolina.
Mary Thompson, Julian, Pennsylvania
Comment Share
Share via: 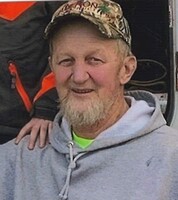