To share your memory on the wall of Charles \"Rusty\" Larimer, sign in using one of the following options:

Rusty was a 1962 graduate of Bellefonte High School. After high school, he served in the United States Air Force from July 1962 until he was honorably discharged in in June 1966. Rusty worked for Verizon for 35 years until his retirement. He worked part time in retirement at Triangle Building and Supplies.

In addition to his wife, Charlotte, he is survived by their two sons, Scott and Brian Larimer, and four grandchildren. Also surviving are his two sisters.

Along with his parents, he was preceded in death by six brothers.

Rusty was very active in several organizations, including Bellefonte Little League, Cub Scouts, YMCA Cadet Basketball, and was a proud officer and member of the Bellefonte Red Raider Booster Club. He was also an active participant in Bellefonte’s Victorian Christmas Breakfast with Santa, State College’s Tree Lighting Ceremony, and various other Christmas time activities. He loved being able to help spread the Christmas spirit and all the magic that goes along with it through multiple generations in our community.

In lieu of flowers, memorial contributions may be made in Rusty’s memory to the Logans Fire Company at 120 E. Howard Street, Bellefonte, PA 16823.
Read Less

To send flowers to the family or plant a tree in memory of Charles "Rusty" E. Larimer, please visit our Heartfelt Sympathies Store.

We encourage you to share your most beloved memories of Charles "Rusty" here, so that the family and other loved ones can always see it. You can upload cherished photographs, or share your favorite stories, and can even comment on those shared by others.

Posted May 09, 2021 at 03:16pm
So very sorry for your family loss, Rusty was a great longtime friend. May his family find comfort in his memories and know that he loved and was loved. I have a lot of great memories of the time spent with Rusty, Jim Rimmey, and my brother Mike Gallo as we were growing up.
A Family Friend,
Dallas Gallo
Comment Share
Share via:

Posted May 08, 2021 at 08:38am
Charlotte and family, I was sadden to read of Rusty's passing. He made a great Santa Claus, this also is my favorite time of the year. May all those memories and your love help you through this. May God send down his angels to comfort your family. Charlotte, you are in my thoughts and prayers. Sylvia and Terry
Comment Share
Share via:
LF

Posted May 07, 2021 at 09:45pm
Charlotte & Family so sorry to hear of Rusty's passing. He was such a kind and generous person, a great co-worker & fellow volunteer, he will be missed. Prayers & sympathies to you all, Jim & Lidia Folk
Comment Share
Share via: 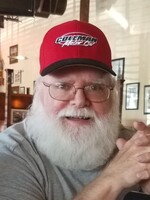 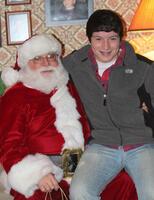 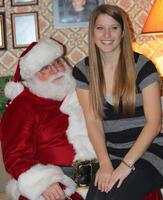 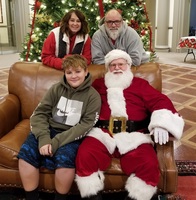