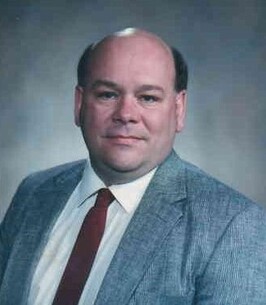 Curtis attended Penn State University, graduating in 1982 with his Bachelor of Science in Biochemistry. He worked as a Bio Safety Officer for Penn State Environmental Health and Safety for 30 years until his retirement in 2020.

In addition to his parents, he is survived by his brother, Michael Speaker (Leslie), of Cabot, Pennsylvania.

Curtis was a member of the Faith United Church of Christ in Ridgway. Curtis was a member of Lambda Chi Alpha Fraternity. As an undergraduate, he served as the recruitment officer for the fraternity. As an alumni, in the early 90s, he served as Alumni Corp. President. Because of his commitment to health and safety, he oversaw the first major renovation to the fraternity in 50 years. This renovation put the first sprinkler and safety systems into a Penn State Fraternity House. He later served as an Undergraduate Advisor throughout the remainder of the 90s. He was an avid Philadelphia Flyers and Eagles fan. He enjoyed cooking, home brewing, frisbee, and music.

Funeral services will be held on Saturday, October 15, 2022, at 2:00 P.M., at Faith United Church of Christ, 400 Ash Street, Ridgway, with Pastor J. Stephen Fair officiating. Burial will be private at the convenience of the family. Arrangements were entrusted to Wetzler Funeral Service, Inc. in Bellefonte.

In lieu of flowers, memorial contributions may be made in memory of Curtis to the Faith United Church of Christ, 400 Ash Street, Ridgway, PA 15853, or to a charity of the donor’s choice.