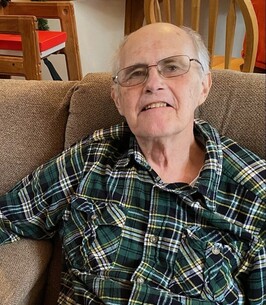 Dennis F. Coslo, 73, of Bellefonte, passed away at home, surrounded by the loving arms of his family, on Thursday, December 23, 2021. Born on January 9, 1948, in Bellefonte, he was the son of the late Frederick and Sara (Dawson) Coslo. On October 7, 1967, he married the love of his life, Cynthia (Bublinec) Coslo, who survives at home after sharing 54 wonderful years of marriage together.

Dennis graduated from Penn State University. He retired as the Vice President of Manufacturing at Broadband Networks in State College after 30 years of service.

In addition to his wife, Cynthia, he is survived by his four children, Christen Smith (Steve) of Clarence, Shelby Sharp-Ewing (Shawn) of Woodward, Jason Coslo (Suzanne) of Bellefonte, and Nichole Rearick (Mike) of Aaronsburg, two grandchildren, Alexis DeHass-Ewing, and Wyatt Sharp, and one great grandchild, Greyson Baker, all of Bellefonte. Also surviving is a sister, Judith Moyer (Scott) of Hollidaysburg.

Along with his parents, he was preceded in death by one sister, Marsha Clark Ginn.

Dennis was the owner and member of the Hemlock Lodge in Renovo. He enjoyed being outdoors, whether he was hunting, fishing, or camping. Most of all, he treasured the time that he spent with his family including his brother-in-laws Joey and Greg; nephews Tyler, James and Adam; nieces Beth, Amy, Sue and Rachel; and cousins Jeff and Suzie.

Per the wishes of Dennis, funeral services and burial will be private with a celebration of life held at a later date. Arrangements are under the direction of Wetzler Funeral Service, Inc. in Bellefonte.

In lieu of flowers, memorial contributions may be made in memory of Dennis to the Angelman Syndrome Foundation, 3015 E. New York Street, Suite A2-#285, Aurora, IL 60504 (www.angelman.org).