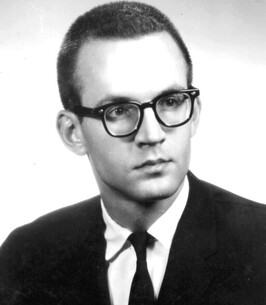 David R. Benson, MD, 85, of Bellefonte, passed away at home, with his family by his side, on Tuesday, March 29, 2022. Born on June 17, 1936, in the Lewisburg Slifer House, which was converted into a hospital during the war, he was the son of the late Richard Edward and Dorothy (Scholl) Benson. On June 25, 1960, he married his beloved wife, Adele H. (Morton) Benson, who survives at home after they shared more than 61 years of marriage together.

Dr. Benson was a 1954 graduate of Penns Valley Joint High School. He received a Bachelor of Science degree from Penn State in 1958 and his Doctor of Medicine degree from Temple University in 1962. He practiced as a physician for 45 years until his retirement in 2009. During his career, colleagues say that he was as enthusiastic a mentor to newer physicians as he was an adviser to his own patients. He took great joy in learning about the details of his patients’ lives, taking the time to ask them each about what they were reading or doing at the moment, and often said that from them, he learned something new almost every day.

He proudly served as a captain in the United States Army from 1963 until he was honorably discharged in 1965. During his time in the service, he was stationed at Fort Douglas Recruiting Station in Salt Lake City, Utah. While in Utah, he performed over 14,000 physical examinations, for which he received a certificate of achievement from the Army.

Dr. Benson was a lifetime member of the First Presbyterian Church of Bellefonte. He enjoyed bird-watching, listening to music, building model houses and railroads, and, above all, learning from books. Over the years he mastered many talents, including becoming proficient at the piano, and he was also able to identify most any classical work after hearing only a few notes. Additionally, he was an avid stamp collector and a member of the American Philatelic Society.

In lieu of flowers, memorial contributions may be made in Dr. Benson’s memory to Centre Volunteers in Medicine, 2520 Green Tech Drive, Suite D, State College, PA 16803.

Online condolences may be made to the family at www.wetzlerfuneralhome.com