To share your memory on the wall of Franklin \"Frank\" Menna, sign in using one of the following options:

Frank worked at Scientific Systems Inc. in State College for 36 years as a controller, retiring in January 2019. During his time at Scientific Systems, Frank was a trusted advisor to owner Andy Charney. Frank will be remembered by his co-workers as a kind man who was always willing to give of himself for the benefit of others.

Frank was a lifelong athlete and sports fan and will be remembered as a giant in the Bellefonte baseball community. He played both for Bellefonte Little League and Bellefonte Teener League and was a three-year letterwinner in both football and baseball at Bellefonte High School. He continued to play baseball in the Centre County Baseball League for 20 years and eventually became the coach of Bellefonte’s American Legion Baseball team, the Bellefonte Bandits, where he coached for 20 years. Frank could often be found caring for the Bandits’ home field, John Montgomery Ward Field at Governor’s Park, and he took great pride in meticulously raked infield and a well-mowed outfield. In 2000, Frank was inducted into the Pennsylvania American Legion Baseball Hall of Fame. Frank also spent much of his spare time over the years helping to train his daughter, Sarah, who followed in her father’s footsteps to become a three-year letterwinner for the Bellefonte Lady Raiders softball team. Frank was an avid fan of Penn State football, holding season tickets for a great many years, and Atlanta Braves baseball, who he would watch nightly without fail.

Frank will be remembered by many for his gentle demeanor and his incredible generosity. Those who knew Frank knew that he simply did not have a mean bone in his body. He was a caring, loving husband and supportive father. He had a fondness for home improvement projects, golfing, Jeopardy, and the New York Times Crossword, as well as an impressive vinyl collection.

Frank was preceded in death by his mother, Yolanda, and his father, Antonio.

He will be fondly remembered by his wife, Rosemary, of Bellefonte, and daughter, Sarah. He is also survived by a brother, Joseph Menna, and his wife Deborah, of Bellefonte, and a sister, Mary Menna Whitehill, and her husband Harry, of Bellefonte. Also surviving are nephews, Gabriel Menna and his wife Abby, and daughters Olivia and Kendall of Bellefonte, Jeremy Menna of Florida, and Seth Whitehill and wife, Kara, of Pittsburgh; as well as nieces, Michele Whitehill and her husband, Matthew Wong, and children Madelyn and Miller of Georgia, and Alexandra Menna of Philadelphia, and her fiancé, Tyler Hooven.

There will be a public viewing held on Monday, November 2, 2020, from 5-7pm, at Wetzler Funeral Service, Inc. at 206 N. Spring Street, with Deacon Thomas Boldin officiating a wake service immediately following the viewing. Funeral Mass will be held on Tuesday, November 3, 2020, at 9am, at St. John the Evangelist Catholic Church at 134 E. Bishop Street, Bellefonte, with Father George Jakopac officiating. Burial will directly follow at St. John’s Catholic Cemetery. Following CDC recommendations, social distancing is encouraged, and face coverings will be required at all services for Frank.

In lieu of flowers, memorial contributions may be made to the Leukemia and Lymphoma Society at www.lls.org
Read Less

To send flowers to the family or plant a tree in memory of Franklin "Frank" Mario Menna, please visit our Heartfelt Sympathies Store.

We encourage you to share your most beloved memories of Franklin "Frank" here, so that the family and other loved ones can always see it. You can upload cherished photographs, or share your favorite stories, and can even comment on those shared by others.

Mary, Skip and Family, Kathy Gates Snook, and other have sent flowers to the family of Franklin "Frank" Mario Menna.
Show you care by sending flowers

Posted Nov 02, 2020 at 04:39pm
Sarah and Rose. All of the Meinen's are heavy with sadness after hearing of Frank's passing. What a solid person who did so many great things in this world. From the first time we met him we knew him as a friend, because he made you feel a connection simply through his welcoming personality.
Comment Share
Share via:
MF

Posted Oct 31, 2020 at 10:14pm
In loving memory of Frank. We will miss him greatly. Our thoughts and prayers are with you. Love always,

Posted Oct 31, 2020 at 04:49pm
Our thoughts are with Frank's family. He and his brother Joe were so good with our son in helping him become a better baseball player. 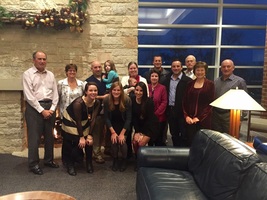 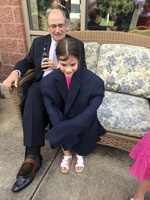 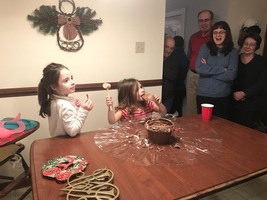