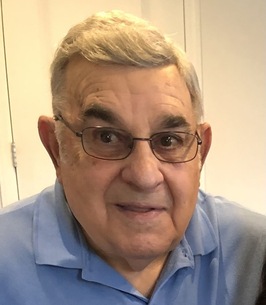 Franklin Winston Williams, 79, of Harrisburg, formerly of Bellefonte, passed away on Thursday, May 26, 2022. He was born on December 19, 1942, in Bellefonte, to the late Melvin C. and Mary L. (Spritzer) Williams. Frank was a 1961 graduate of Bellefonte Area High School. After high school Frank worked at the main campus of Pennsylvania State University where he began his career as a well-known chef. He transferred to the Middletown campus where he retired in 1993. He held the position of chef for many years and then became head of housing at the Middletown Campus. His passion for cooking began when he was in high school working along side his dad at the Plaza Grill in Bellefonte.

After retirement, Frank became very active working in concessions at Lincoln Speedway and Williams Grove Speedway. He purchased the food and did all of the hiring of employees for the food stands. When the concession stands became too much for him to handle because of health problems, he served as a greeter at Williams Grove Speedway and made sure the people in the suites were well taken care of and made many friends while there. This year he would have proudly celebrated his 50th year serving the racing community.

He was also a member of the York County Racing Club. He planned a Christmas party for the members and their families for many years. Working within the budget provided he purchased and prepared all of the food and took time to purchase gifts for the many children who attended. He personally spent many hours individually wrapping the gifts. He sold lottery tickets for the racing club and was very proud of the fact he sold hundreds of them every year. The racing community became a second family to him and he will be sadly missed by the many people he came in contact with.

His love of cooking had him working at hunting cabins during the hunting season. Although he was not a hunter, he enjoyed cooking for the guys as well as their company. He also cooked at Boy Scout camps over many years. Frank made his own candy hand-dipping a variety of goodies at Christmas time. Family members and friends always looked forward to receiving these as gifts.

Frank made many friends along the way and in recent years met with a group of men a couple of times a week for breakfast. They fondly referred to the group as the ROMEO’s – retired old men eating out.

Frank is survived by his five siblings: Dorothy (Dottie) Herr (Edwin) of Bellefonte, Melvin Williams (Rita) of Bellefonte, William “Bill” Williams of Altoona, James “Jim” Williams of Connecticut, and Patricia “Patty” Johnston (John) of Boalsburg. Also surviving are numerous nieces, nephews, great nieces, and great nephews, all of whom he considered his “children.” His family will miss him!

In addition to his parents, he was preceded in death by his sister, Marie L. Dickson, his brother, Thomas Williams, and his sister-in-law Sandra Williams.

There will be a public viewing held on Wednesday, June 1, 2022, from 10am until 11am at Wetzler Funeral Service, Inc., 206 N. Spring Street, Bellefonte. Funeral services will be held at 11am, at the funeral home, with Deacon Tom Boldin officiating. Burial will follow at St. John’s Catholic Cemetery in Bellefonte.

A memorial service will be held in Harrisburg for his many friends in that area in the next few weeks.