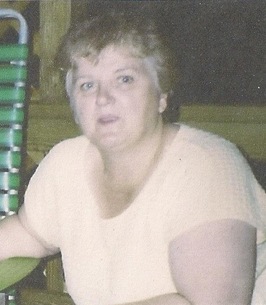 Harriet Jean (Dress) Perryman, 80, of Bellefonte, passed away on Tuesday, November 30, 2021, at Mount Nittany Medical Center in State College. Born on July 9, 1941, in Flemington, she was the daughter of the late Willard and Charlotte (Best) Dress. On February 26, 1960, she married her beloved husband, Lee R. Perryman, who preceded her in death on April 27, 2013, after sharing over 53 years of marriage together.

Harriet was a graduate of Lock Haven High School. She works as a LPN for Centre Crest until her retirement.

In addition to her husband and parents, she was preceded in death by a brother, William Dress, and a sister, Linda Dick.

Harriet loved watching her favorite TV shows, and when computers became more common in households, she enjoyed playing games on her computer. Many years ago, she found herself engrossed in the genealogy trend and tracing her family back as far as she could. She also loved going to the casino, especially the trips that she would make with her husband or sons to Atlantic City, and more recently, the Hollywood Casino in Harrisburg.

There will be a public viewing held on Monday, December 6, 2021, from 10-11am, at Wetzler Funeral Service, Inc., 206 N. Spring Street, Bellefonte. Funeral services will begin at 11am, at the funeral home, with Rev. James Schomer officiating. Burial will immediately follow at Centre County Memorial Park in State College.