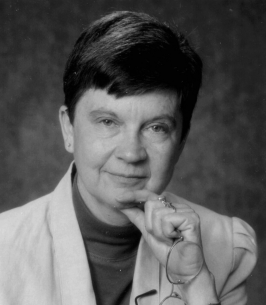 Janet Sullivan Turner, a resident of Juniper Village at Brookline in State College, PA, died on March 19, 2022, at the age of 86. She was an award-winning artist and longtime resident of Concordville, PA. Janet is survived by daughter, Lisa Reid (Terrence) of Bellefonte, PA, and son, Jonathan Bret Turner of Garnet Valley, PA, and daughter-in-law, Barbara Turner (Michael) of Garnet Valley, PA, as well as two grandchildren, Alex, and Nicky Reid of Bellefonte. She was preceded in death by her husband of 47 years, Lt. Col. Terry Turner USMC, and by son, Michael Ross Turner. Janet was the daughter of Clayton Jefferson Sullivan and Frances Leighton Sullivan, of Maine.

Janet was born in Gardiner, ME on November 15, 1935. In 1956 she graduated from Michigan State University and married Terry Turner. Janet’s art career was put on hold during the next 20 years as she raised 3 children and relocated around the U.S. numerous times in support of her husband Terry’s career as an USMC officer. Their homes included Oceanside, CA, Adak, AK, Camp Lejune, NC, South Bend, IN, and Miami, FL. Following Terry’s two tours of duty in Vietnam and retirement from the Marine Corps, the Turners relocated to the Philadelphia area where Janet’s art career flourished.

Over the next four decades, Janet had numerous solo and group exhibitions at many university and museum galleries and exhibited in juried shows across the U.S. Her artworks are in many permanent museum collections including the National Museum of Women in the Arts (Wash. D.C.) and the State Museum of PA (Harrisburg). Janet worked in a wide range of media including watercolor, oil, sculpture, and 3D assemblage. Examples of her work can be seen at www.janetsullivanturner.com.

Janet was president of the Philadelphia Chapter of Artists Equity (1987-1988). She was also a longtime member of Saint Thomas the Apostle Catholic Church in Chester Heights, PA and sang in the choir.

Funeral services will be held on Wednesday, May 11, 2022, at 10:00 A.M., at Arlington National Cemetery, Arlington, Virginia. Janet will be interred immediately following the service, joining her husband, Terry. Arrangements are under the direction of Wetzler Funeral Service, Inc. in Bellefonte.