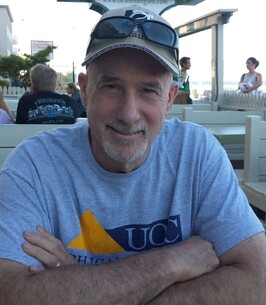 Michael “Stewy” P. Watson, 66, of Bellefonte, passed away at home surrounded by his family on Monday, January 3, 2022. Born on March 18, 1955, in Bellefonte, he was the son of the late Howard and Martha “Jane” (Gordon) Watson. On February 6, 1988, he married the love of his life, Susan (Stoner) Watson, who survives at home after sharing nearly 34 years of marriage together.

Michael graduated from Penn State with his bachelor’s degree in Law Enforcement and Corrections in 1979. While attending Penn State, he worked at Wetzler Funeral Service, Inc. in Bellefonte and did dispatch for the Bellefonte Borough. After he graduated, he found his calling, and worked as a Probation Officer for the Centre County Government for 37 years. During the time that he spent working at the courthouse, he held numerous positions and titles, with the last being a DUI Coordinator until his retirement in 2017. After retirement, he worked part-time at the YMCA in Bellefonte.

Michael was a member of Faith United Methodist Church in Bellefonte. He was also a member of the Bellefonte Elks Lodge #1094. He enjoyed putting together model airplanes and tanks. He loved being outdoors, whether he was hunting whitetail with his son, fly fishing, or going to the shooting range. Michael always looked forward to the Bellefonte Cruise and catching up with old friends. More than anything, he treasured the time that he spent with his family and friends.