To share your memory on the wall of Monsignor Philip P. Saylor, sign in using one of the following options:

Provide comfort for the family by sending flowers or planting a tree in memory of Monsignor Philip P. Saylor

Provide comfort for the family by sending flowers or planting a tree in memory of Monsignor Philip P. Saylor

Monsignor was the first born of Philip and Katherine (Hoy) Saylor on October 1, 1929 in Centre Community Hospital. He is survived by a sister, Irene Dornisch and her husband Bernard of Lock Haven; nieces, nephews, great-nieces, and great-nephews. He was preceded in death by his parents; a brother, John; and a sister, Elizabeth. He attended the original Saint John’s Catholic School in Bellefonte where he was taught by the Sisters of the Immaculate Heart of Mary. He graduated from Bellefonte High School in 1947, where he was senior class president as well as newspaper editor.

His dream was always to be priest, even as a child. He attended Mount St. Mary’s College and Seminary in Emmitsburg, MD. During those 8 years, he served as editor of both the college and seminary newspapers. He was ordained on May 21, 1955 and celebrated his first Mass at his home parish of St. John the Evangelist, Bellefonte, using the cherished Bellefonte chalice given to the parish by the now Saint John Neumann of Philadelphia.

Pastoral assignments over his 50-year career have included: Our Mother of Sorrows in Johnstown, St. Joseph in Bellwood, 23 years as pastor of St. John the Evangelist in Lakemont, St. John Gaulbert Cathedral in Johnstown, Our Lady of Victory in State College, and the last 4 years of his career at Saints Peter and Paul in Philipsburg.

As a young priest, he was appointed to serve as a member of the Pennsylvania Catholic Conference, an esteemed group comprised of bishops throughout Pennsylvania. Serving a 25-year term, Monsignor Saylor was the first non-bishop to participate in the annual meeting of the bishops and wrote many of the public documents for the bishops to present or use in their work. In 1974 he was elevated to Monsignor and Papal Chaplain, followed in 1983 by the higher level of Monsignor, Papal Prelate.

One of Monsignor’s greatest loves was to teach. He taught religious studies at both Mt. Aloysius College and St. Francis University. He rose to the position of Chairman of the Religious Studies Department at St. Francis University and also became President of the Faculty Senate.
Monsignor’s involvement extended beyond pastoral responsibilities into civic activities in the community. He was active as both a fire and police chaplain. In 1973, he recognized the need for medical treatment at the accident scene and helped to establish the second emergency medical service in the country with 24-hour paramedic service. As founder and President of the Altoona EMS (AMED), he served for 14 years. He was also chairman of the Johnstown Historic Preservation Committee, Cambria County Senior Citizens Advisory Board, and Johnstown and Blair County Human Relations Advisory Committees.

Monsignor’s other ministries over the years had been many: 25 years as Diocesan Chair of Ecumenical Affairs, editor of the Catholic Register for 12 years, Mercy Hospital Board of Trustees, founder of the Pennsylvania Council on Inter-Church Cooperation, Mount St. Mary’s Board of Trustees, and Fourth Degree Knights of Columbus. He also served as chaplain at Penn State Altoona and the University of Pittsburgh-Altoona.

Monsignor’s active role in church and community earned him distinguished honors and awards over the course of his career.
He received the John Riley Award for Civil Rights in Altoona and the Brute Medal, the highest alumni award from Mount St. Mary’s College. In 1999 he received the John Cardinal McCloskey Award from Mount St. Mary’s National Alumni Association, the highest honor awarded to a priest by that association.

Since his retirement in October 1999, Monsignor lived in State College and remained active in the community. He was one of the few retired priests that was still able to help surrounding parishes during clergy absences. He also volunteered at the Penn State Catholic Community and was Chaplain for the Alpha Fire Company.

There will be a public viewing held on Friday, January 29, 2021, from 9am-10am at St. John the Evangelist Catholic Church, 134 E. Bishop Street, Bellefonte. Funeral Mass will be held immediately after the viewing at the church, at 10am, with the Most Reverend Mark L. Bartchak Bishop of Altoona-Johnstown, celebrant. Burial will follow in St. John’s Catholic Cemetery. Following CDC recommendations, social distancing is encouraged, and face coverings will be required at all services.

The services for Monsignor Philip P. Saylor will be recorded. For those who are unable to attend can email St. John the Evangelist Catholic Church at saintjohnsoff@gmail.com to request a direct link.

To send flowers to the family or plant a tree in memory of Monsignor Philip P. Saylor, please visit our Heartfelt Sympathies Store.

We encourage you to share your most beloved memories of Monsignor Philip P. here, so that the family and other loved ones can always see it. You can upload cherished photographs, or share your favorite stories, and can even comment on those shared by others.

Posted Jan 28, 2021 at 02:03pm
I am one of the lucky few to have had Monsignor Saylor as my parish priest at St. John's Catholic Church in Lakemont, Altoona, PA. He provided that parish with the finest preaching, teaching, and pastoring I have ever experienced. He was a complete role model for us all of a fine Catholic priest. I am honored to have known this man and it is his standard of Catholicism that keeps me grounded in the faith even today. May God welcome him and comfort his family in their loss. He will be missed by all who knew him.
Comment Share
Share via:
MM

Posted Jan 28, 2021 at 06:01am
Monsignor Saylor will never be forgotten by me. His support in the founding of OLV Hoops was instrumental and he spent many Saturdays enjoying the activities. He was a superb mentor and scholar and I was privileged to serve on Parish Council during his tenure. He genuinely cared about the lives of all under his pastoral care and the loss of his vast knowledge of Church history and Canon law is monumental. His presence at daily Mass throughout his entire life spoke volumes. I’m confident he’s “Home” , not just with our Heavenly Father , but also in the earthly place where his boyhood dreams in his home school and home town were
Fulfilled. He once told me his favorite priestly duty was funerals...because if we truly believe our Creed it is a homecoming. I’m sad for our loss, but happy for his homecoming.
Mike Morse
Spruce Creek, PA
Comment Share
Share via: 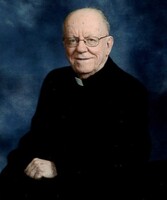 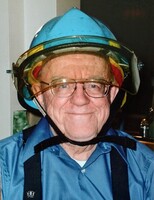