Obituary for Patricia A. Roan 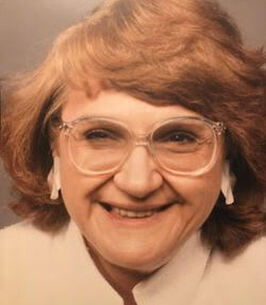 Patricia A. Roan, 83, of Bellefonte, passed away on Thursday, August 18, 2022, at Mount Nittany Medical Center. Born on November 11, 1938, in Bellefonte, she was the daughter of the late Leonard and Virginia (Baney) Snook. In 1960, she married the late Richard Floyd Roan, who preceded her in death on July 7, 1963. She was later remarried to the late John Franklin Roan, who also preceded her in death on July 11, 1977.

Patricia attended school at Bellefonte High School. She worked for Sonoco Bag Plant in Milesburg until her retirement.

In addition to her first and second husbands, and parents, she was predeceased by three sisters, Nancy Baranak, Joan Leemaster, and Shirley Taylor, and five brothers, Joe, Jack, Junie, Gary, and Jim.

Patricia held multiple titles throughout the years – a loving Mother, adoring grandmother, caring daughter, dear sister, and compassionate friend. She leaves behind countless memories that her loved ones will cherish and hold in their hearts forever.