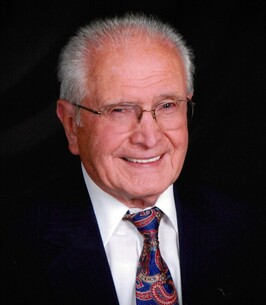 Paul attended Knox School in Buffalo Run Valley, Benner Township, and later attended Bellefonte High School before being drafted into the military. He attained the rank of Sergeant in the US Army and served in the 2nd Division with the 2nd Combat Engineers. Paul was in Korea for three years, and 33 months of that time he was a prisoner of war in Pyok-Dong, North Korea. He was honorably discharged in October, 1953.

Paul trained at the Philadelphia Institute of Barbering and then worked as a barber for 48 years in Bellefonte from 1954-2002. Jabco’s Barber Shop was in the basement space on the southwest corner of High and Allegheny Streets until 1995 and then the shop was moved to Allegheny Street until retirement in 2002.

In addition to his parents and wife, he was preceded in death by his siblings: Mary Benzie, Joseph, Anthony, Steve, John, Michael, Enoch, Rose Meeker, Annie, Andrew, Catherine and Mickey.

Paul was a member of St. John the Evangelist Catholic Church in Bellefonte, Veterans of Foreign Wars, the Benevolent and Protective Order of Elks and Undine Fire Company, all in Bellefonte.

Paul enjoyed hunting and fishing and spending time with his siblings and their families. He was a home-handyman and, along with his brothers and brothers-in-law, assisted in building several family homes. He and his wife, Helen, did this with family assistance for their own home in 1957. Paul and Helen lived in that home until their deaths.

There will be a public viewing held on Monday, March 21, 2022, from 11am until 12pm, with Mass to immediately follow visitation at St. John the Evangelist Catholic Church, 134 E. Bishop Street, Bellefonte, with Father Brian Saylor Officiating. Burial with full military honors will follow at St. John’s Catholic Cemetery, Bellefonte.