Obituary for Peter A. Ferretti 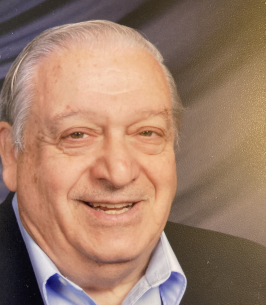 Peter graduated from Nazareth Area High School, and he received his B.S. in Plant Breeding/Horticulture at Penn State University in 1962. He went on to receive his M.S. degree at the University of Connecticut in Cytology Cytogenetics/Botany in 1966 and his Ph.D. degree in Plant Nutrition/Plant Pathology in Horticulture at Penn State in 1969. He worked for Penn State University as professor of Cooperative Extension for 37 years until he retired in 2006.
He was involved in international issues by traveling and consulting in Swaziland, Jamaica, and Ukraine. He provided production, handling, storage and marketing ideas to farmers and taught farmers about pollination and proper harvesting techniques. He also provided many years of volunteer work with the Lions Club, Our Lady of Victory, Columbus Chapel and Boal Mansion.

A very special “Thank you” to the Mount Nittany Health Center for Wound Care team for the excellent care and support provided to both Peter and Sandi over the last few years.

There will be a Celebration of Life scheduled for a future date. Funeral arrangements are under the direction of Wetzler Funeral Service, Inc. in Bellefonte.