Obituary for Richard A. DeVinney 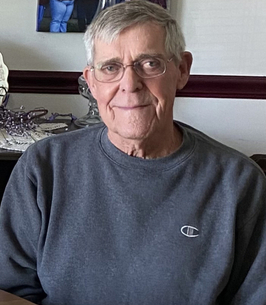 Richard A. DeVinney, 79, of Bellefonte, passed away on Thursday, August 25, 2022, at UPMC Presbyterian in Pittsburgh, Pennsylvania. Born on August 27, 1942, in State College, he was the son of the late John D. and Lillian (Carson) DeVinney. On November 27, 1964, he married his beloved wife, Rebecca Louise (Close) DeVinney, who preceded him in death on December 27, 2015, after celebrating 51 years of marriage together.

Richard was a 1960 graduate of Bellefonte High School. He attended the Centre County School of Nursing, where he graduated as a Licensed Practical Nurse, and then furthered his education, earning his license to become a Respiratory Therapist Practitioner from the California College for Respiratory Care. He worked as a Respiratory Therapist at Mount Nittany Medical Center for over 50 years until his retirement.

He is survived by his two daughters, Ramey L. DeVinney (Jack) and Rian L. Roan (Joseph), both of Bellefonte, six grandchildren, Carson, Regan, Caitlyn, Rilie, Carlee, and Rorie. Also surviving is a sister, Josephine Keller, and a brother, Dallas DeVinney.

In addition to his wife and parents, he was predeceased by a granddaughter, Hope DeVinney Bechdel in 1998, and three brothers, John, Charles, and James.

Richard enjoyed to archery and rifle hunt and go camping with his family. He was truly the glue the held the family together. Any event that his children or grandchildren were involved in, was the most important thing to him! They never had to doubt that he would be sitting or standing proudly in the audience or on the sidelines for any sporting events, school concerts, awards ceremonies, and anything else family oriented. He loved his family with everything he had. Anyone who knew him, would often know about the achievements of his grandchildren, as he was always lovingly boasting about everything they had going on in their lives. His grandkids truly were his pride and joy.

Friends and family will be received on Wednesday, August 31, 2022, from noon until 1:00 P.M., at Wetzler Funeral Service, Inc., 206 N. Spring Street, Bellefonte. Funeral services will begin at 1 P.M., at the funeral home, with David Dimmick officiating. Burial will immediately follow at Zion Cemetery in Bellefonte.