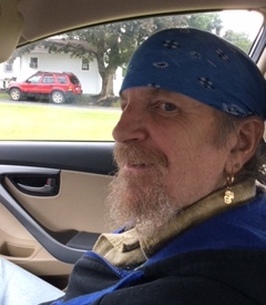 Robert “Bob” Levy, 73, of Bellefonte, passed away on Tuesday, January 25, 2022, at Mount Nittany Medical Center in State College. Born on August 14, 1948, in Philadelphia, he was the son of the late Albert and Betty (Task) Levy. He was married to Cynthia Bauer-Levy, who survives at home after sharing 39 years together. He was the love of Cynthia’s life, and she of his.

Bob was a graduate of Plymouth Whitemarsh High School and went on to earn his bachelor’s degree in Psychology from Penn State. He worked as a letter carrier for the State College Post Office for 30 years until his retirement in 2008.

Bob was an avid Phillies and Eagles fan; he loved to follow all their games. He loved all animals, especially cats, and often found himself lost in all the funny cat videos that he would find. Pets Come First was a local organization that was close to Bob’s heart; this is where he and Cynthia adopted their precious feline friends, Lewis and Clark. Bob had an extensive music collection and tremendous knowledge of all kinds of music. You could recite a line from a song and almost instantly he would be able to tell you the name of the song and who sang it. Bob’s friends and family will remember his wonderful sense of humor and will forever cherish the priceless memories that were made over the years.

In lieu of flowers, memorial contributions may be made in Bob’s memory to the Cleveland Clinic (clevelandclinic.org/giving) or to Pets Come First (petscomefirst.net/donate).