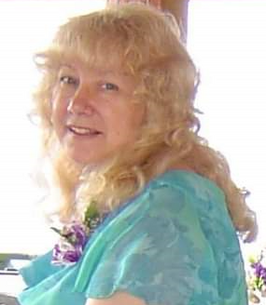 Romayne G. Emel, 75, of Bellefonte, passed away on Tuesday, December 14, 2021, at Mount Nittany Medical Center in State College. Born on November 3, 1946, she was the biological daughter of the late Johnny and Gloria (Musser) Tressler, and was raised by her adoptive parents, Elmer and Romayne Long. On January 15th 1967, she married Raymond Harry Emel, Sr., and they have been married for 54 years.

Romayne was a graduate of State College High School. She worked as a stock room clerk at Penn State for 28 years until her retirement in 2006; she was always proud to be able to say that she was the first female to hold this position at the university.

In addition to her husband, Raymond, she is survived by her two children, Raymond H. Emel, Jr. of Bellefonte, PA, and Renee McNeil of Front Royal, Virginia, and her grandson, Alan Raymond Vochinsky, of Front Royal, Va. She is 1 of 15 siblings.

Romayne was a member of Professional Women of Penn State. She loved spending time with her children – especially her grandson. She was always an avid animal lover – whether it be her own animals: Lacy, Tonka, Bella, Bucky, Daisy, and Trouble, or the ones that she helped advocate for her ultimately aid in finding their forever homes, while she was heavily involved at Pets Come First. She was always proud of the animals that she was able to help – most notably a black lab named Coal, that she was able to find a forever home for in Michigan! Health-wise, Romayne didn’t have an easy road, but never gave up! As a 5-time cancer survivor, she defied all of the odds and the prognosis of her doctors. She was always ready to travel at the drop of a dime! No matter how ill she may have felt, she was always up for a trip – whether to Jamaica, Hawaii, or to San Diego to see her son graduate from Naval Bootcamp.

Funeral services will be private at the convenience of the family. Arrangements are under the direction of Wetzler Funeral Service, Inc. in Bellefonte.

In lieu of flowers, memorial contributions may be made in Romayne’s memory to Pets Come First at 2451 General Potter Highway, Centre Hall, PA 16828 or by going to www.petscomefirst.net/donate