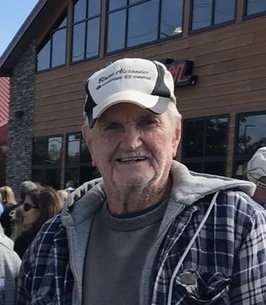 Ronald William Mullen, 84, of State College, passed away on Friday, December 3, 2021, at Mount Nittany Medical Center. Born on November 26, 1937, in Mount Pleasant, PA, he was the son of the late Charles and Evelyn (Forejt) Mullen. On November 20, 1987, he married his beloved wife, Scotti (Spalvins) Mullen, who survives him at home after sharing 34 years of marriage together.

Ronald was a graduate of Hurst High School. After high school, he served in the United States Army until he was honorably discharged in 1959. He worked as a cable splicer for Verizon for 45 years until his retirement in 2000.

In addition to his wife, Scotti, he is survived by their three children, Anda Nichols (Jonathan) of Williamsport, Jaclyn Bergstrom (Joseph) of Siesta Key, FL, and John Mullen (Diana) of King of Prussia; nine grandchildren: Darling, Duke, Kayleigh, and Joseph Bergstrom, all of Siesta Key, FL, Ava, and Jack Nichols, of Williamsport, and Kaley Taroski, and Kaden and Isabelle Mullen, all of King of Prussia. Also surviving are two sisters, Phyllis Caletri of Mount Pleasant, and Sherry Canada of Dunbar, PA.

Along with his parents, he was preceded in death by a brother, Daniel Mullen, and brothers-in-law, John Canada, and Joseph Caletri.

Ronald was a member of the American Legion Post #245. He enjoyed gardening and working sudoku and jigsaw puzzles.

A public visitation will be held on Thursday, December 9, 2021, at 11 a.m. until noon, at St. John’s United Church of Christ, 218 N. Church Street, Boalsburg. Funeral services will begin at 12 p.m., at the church, with Rev. Dr. Thomas Blair officiating. Burial will immediately follow in Boalsburg Cemetery. Arrangements are under the direction of Wetzler Funeral Service, Inc. in Bellefonte.

In lieu of flowers, memorial contributions may be made in Ronald’s memory to the ALS Association at www.donate.als.org or to the Veteran’s Affairs at www.cdceportal.va.gov/donate_online/