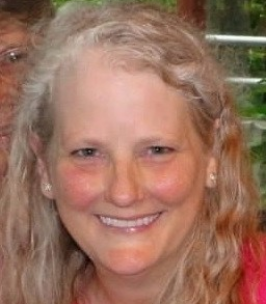 Ruby D. Welling, 63, of York, formerly of Bellefonte, passed away on Monday, March 21, 2022, at WellSpan York Hospital. Born on September 19, 1958, in Jacksonville, Florida, she was the daughter of the late Ronald Welling and Virginia (Berry) Johnson, who survives at home.

Ruby was a 1976 graduate of Frank W. Cox High School in Virginia Beach, Virginia. After school, she dedicated her time to taking care of her home and raising her children. In 1990, she graduated from South Hills Business School in State College with her associate degree in accounting. She worked as a manager at Office Depot for 18 years until her retirement in 2014.

She is survived by her two children, Christopher Morris and his wife, Sarah Lees, of State College, and Rose Fetters and her husband, Tyler, of Hedgesville, West Virginia, and six grandchildren, CJ, Gunner, Camden, and Crew Morris, all of State College, and Luke and Amelia Fetters, of Hedgesville, West Virginia. Also surviving are two brothers, John Welling (Erum) of Columbia, Maryland, and Ronald Welling, Jr. of Red Lion, Pennsylvania, and a sister, Jennifer Tingley (Terry) of Stewartstown, Pennsylvania.

In addition to her father, she was predeceased by a brother, Joseph “Petey” Johnson.

Ruby was an avid sports fan; she especially enjoyed watching NASCAR and cheering on the Baltimore Ravens and Orioles. She also loved to go shopping. More than anything, she treasured spending time with her family.

A public viewing will be held on Tuesday, March 29, 2022, from noon until 1 P.M., at Wetzler Funeral Service, Inc., 206 N. Spring Street, Bellefonte. Funeral services will begin at 1 P.M., at the funeral home, with Pastor AJ Roberts officiating. Burial will be private at the convenience of the family.