Obituary for Tommy "Tom" I. Beck 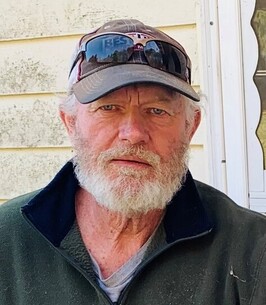 Tom was a graduate of State College Area High School. He was a true jack-of-all-trades, beginning his career at Ashcraft Construction, then becoming the owner of Creekside Construction, prior to spending the bulk of his career at Stone Valley Construction for approximately 27 years. He was passionate about operating heavy equipment, but especially enjoyed his time farming and raising angus cattle.

He is survived by his four daughters, Sandy Beck Weyandt (Barry) of State College, Patti Wenrick of State College, Michelle Irvin (Joe) of Julian, and Melinda Hardy (Josh) of Beccaria, eight grandchildren: Marissa (Avery), Clayton, Bailey, Emma, Joshua, Connor, Makenna, and Josalyn, and two great grandchildren, Adaley, and Michael, who is due in May, and his best friend and canine companion, Charger. Also surviving are two sisters, Kathy Beck and Tina Padisak (Steve), and numerous aunts, nephews, nieces, and cousins.

In addition to his parents, he was predeceased by his sister, Tammy.

Tom enjoyed spending time with his family and his dog, or just "checking on" his cows, and by cows, they were truly his pets. Tom's work ethic was unmatched. Although he was looking forward to retirement, we knew that he would not slow him down since he would still be working on machinery, baling hay, or finding something else to keep him busy. He loved the time that he spent farming with his close friend, Austin, and the Brown Family, and making hay in Beccaria. He also looked forward to deer hunting with his friend, John, and spending time at "camp."
Much to our dismay, we had always thought that he was a Steelers fan but just recently discovered he was actually a Cowboys fan!

The family invites everyone to a Celebration of Life to be held at The Brown Farm, on Sunday, May 1, 2022, at 1:00 p.m., at 1197 W. Gatesburg Road, Warriors Mark, PA 16877. Burial will be private at the convenience of the family. Arrangements are under the direction of Wetzler Funeral Service, Inc. in Bellefonte.

In lieu of flowers, Tom would want you to enjoy a beverage in his memory.