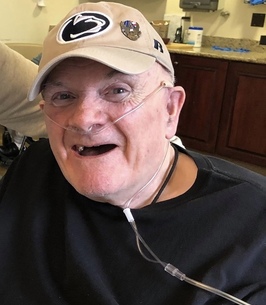 Bill was a graduate of State College High School. He went to work with the United States Postal Service after school until he was drafted by the United States Army in March of 1969. Before being honorably discharged in March 1971, he was awarded the National Defense Service Medal. After his time in the service, he returned to work with USPS, where he was a Mail Clerk.

In addition to his wife, Patty, and mother, Marie, he is survived by his two sons, Chris Bathgate of Bellefonte, and Jim Bathgate of Selinsgrove, and two grandchildren, Devin Bathgate, and Chase Bathgate. Also surviving are two brothers, Robert Bathgate (Jean), Randy Bathgate (Kandie), and a sister, Penny Royer (Donald).

Along with his father, he was preceded in death by sister, Sandy Lose.