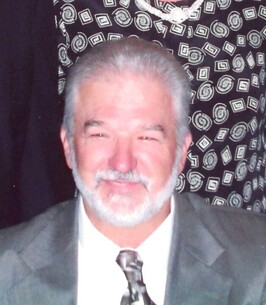 Winfield S. Hampton, 78, of Bellefonte, passed away on Monday, February 14, 2022, at Mount Nittany Medical Center in State College. Born on October 20, 1943, in Clarence, he was the son of the late Edward Hampton and Verna (Rackovan) Hampton Gordon. On January 1, 1965, he married the love of his life, Pearl (Schaeffer) Hampton, who survives him at home after sharing over 57 years of marriage together.

Winfield was a 1961 graduate of Bellefonte High School. He proudly served his country in the United States Army from August 1961 until he was honorably discharged in August 1964. After his time in the service, he worked as an inspector and in the shipping department for Cerro Metal Products until his retirement in 2008. He also served as the assistant coach for the Bald Eagle Area High School Girls’ Softball team.

Along with his mother and father, he was preceded in death by his brother, David Hampton, and stepfather, Fred Gordon.

Winfield was a member of the Greater Buffalo Run Valley United Methodist Church. He was also a member of the Bellefonte Elks Lodge #1094, Bellefonte Loyal Order of Moose Lodge #206, and the Undine Fire Company in Bellefonte. Winfield loved being outdoors, especially when he was able to go fishing, boating, or hunting. More than anything, he treasured the time that he was able to spend with his family. His loved ones will forever cherish the countless memories that have been made over the years.

There will be a public viewing held on Monday, February 28, 2022, from 9:30-11:00 a.m., at Wetzler Funeral Service, Inc., 206 N. Spring Street, Bellefonte. Funeral services will begin at 11:00 a.m., at the funeral home, with Pastor Lynn Wilcox officiating. Burial will immediately follow at Meyer Cemetery in Bellefonte.